On September 9, 2022, the Department of Homeland Security (DHS) issued the final rule, pursuant to Immigration and Nationality Act (INA) §212(a)(4), with respect to the public charge ground of inadmissibility.2 The final rule is effective December 23, 2022, and will apply to lawful permanent resident applications postmarked (or electronically submitted) on or after this date.


The final rule amends 8 CFR Parts 103, 212, 213, and 245 and enshrines much of what had been established policy under legacy Immigration and Naturalization Service3 1999 Interim Field Guidance. However, there are several critical changes, discussed below, that may change the practice and adjudication of public charge issues.


The new rule provides definitional and procedural guidance to assist USCIS adjudicators in properly evaluating whether a person is likely to become a public charge and, importantly, expressly clarifies that it does not apply to nonimmigrants. As announced in the final rule, USCIS will issue a revised Form I-485, Application to Register Permanent Residence or Adjust Status, to collect additional information, including questions related to the public charge statutory factors and amended Policy Manual guidance.4 However, during a recent public stakeholder engagement on September 29, 2022, USCIS noted that the agency would require no new initial evidence in most cases,5 and that USCIS “will consider any evidence a noncitizen chooses to submit regarding the factor(s).”6

What is the “new” Public Charge Rule?


According to INA §212(a)(4)(A), a noncitizen “likely at any time to become a public charge is inadmissible.” INA §212(a)(4)(B) states that, at a minimum, adjudicators should consider the applicant’s “age, health, family status, assets, resources, and financial status; and education and skills.” Furthermore, the statute states an adjudicator “may also consider any affidavit of support” under INA §213(a) when applicable, noting that in cases in which an affidavit of support is required, a noncitizen’s failure to provide a sufficient affidavit of support from the petitioner and any additional sponsor(s) makes the noncitizen inadmissible regardless of other factors.7


Importantly, any USCIS denial under the public charge inadmissibility ground must be in writing, “reflect consideration of each of the factors outlined (under the rule), and specifically articulate the reasons for the officer’s determination.”12

Who is likely to become a Public Charge?


An applicant is a public charge only when they are likely at any time to be “primarily dependent” on the government for subsistence or long-term institutionalized care at the government’s expense.13 According to the preamble to the final rule, primarily dependent “connotes significant reliance on the government for support, and means something more than dependence that is merely transient or supplementary.”14 Benefits to family or household members, which would be disqualifying if received by the immigrant, are not a factor even if the applicant applied for those benefits on that person’s behalf.15

How will Public Charge be considered in the totality of the circumstances?

How will the “minimum statutory factors” be considered under the Final Rule?


Under INA §212(a)(4), DHS must “at minimum” consider the noncitizen’s: age; health; family status; assets, resources, and financial status; and education and skills.19 The final rule contains definitions of all of these factors except age.20 DHS has noted that the totality of the circumstances review “must be individualized and based on the evidence presented in the specific case, and the relative weight of each factor and associated evidence is necessarily determined by the presence or absence of specific facts.”21


Health may be the most developed of the minimum factor definitions, perhaps because of the interplay of noncitizen health circumstances, public benefit programs, and sensitivity around the disclosure of health information. The final rule states that adjudicators will defer to a medical exam from a civil surgeon or panel physician (when required) absent evidence that the report is incomplete. The medical exam is used to screen for the potential health-related inadmissibility grounds found in INA §212(a)(1). Note that the final rule indicates a disability is “not alone ... a sufficient basis to determine whether the [noncitizen] is likely at any time to become a public charge.”22


Family Status, as defined in the Final Rule, is determined based on household size and includes:


The noncitizen’s assets, resources, and financial status factor is defined as the noncitizen’s “household income, assets, and liabilities (excluding any income from public benefits listed in §212.21(b) and income or assets from illegal activities or sources such as proceeds from illegal gamily or drug sales).”24 There are a few things to analyze in this definition. First and foremost, it refers to the household as defined by proposed 8 CFR §212.21(f). Second, the calculation includes income and assets and consideration of outstanding liabilities. All of these terms remain undefined in the regulation and will require further guidance.


The noncitizen’s education and skills factor is defined as their “degrees, certifications, licenses, skills obtained through work experience or educational programs, and educational certificates.”25

What government benefits may be considered under the Final Rule?


The final rule’s definition of the benefits that would be considered under the totality of circumstances test clarifies that they must be benefits actually received by the noncitizen applicant.26 The noncitizen’s mere application or approval for a benefit (if not received) is not considered. Benefits include those provided by any Federal, State, tribal, territorial, or local government entity of the U.S.27 The final rule also defines “public cash assistance for income maintenance” to include only Supplemental Security Income (SSI), cash assistance for income maintenance under the Temporary Assistance for Needy Families (TANF),28 and non-Federal “cash benefit programs for income maintenance (often called “General Assistance” in the State context, but which also exist under other names).29


Likewise, the final rule provides additional context on the term “long-term institutionalization at government expense,” which includes Medicaid institutionalization only under Social Security Act §1905.30 The final rule does not cover short periods of institutionalization for rehabilitation purposes or imprisonment for conviction of a crime.31 Also, it does not include Home and Community-Based Services (HCBS) under Medicaid.32 USCIS has stated explicitly that it will consider in any public charge determinations if a noncitizen was institutionalized against federal law, including in violation of the Americans with Disabilities Act or the Rehabilitation Act.33 DHS will also not consider receipt of Supplemental Nutrition Assistance Program (SNAP) or other nutrition programs, Children’s Health Insurance Program (CHIP), Medicaid (other than for long-term use of institutional services under Social Security Act §1905(a)), housing benefits, any benefits related to immunizations or testing for communicable diseases, or other supplemental or special-purpose benefits.34


The final rule also exempts public benefits received while the noncitizen is in a category exempt or waived from public charge inadmissibility.35 The regulation specifically indicates that when a noncitizen later applies for an immigration benefit subject to the public charge, public benefits received by the noncitizen during the period in which he or she is exempt or received a waiver from public charge will not be considered.36 The final rule also states that when a noncitizen, who is not a refugee, lawfully receives benefits available to refugees, the receipt of these benefits will not be considered. These benefits include resettlement assistance, entitlement programs, and other benefits generally available to refugees, including services provided to unaccompanied minors under 6 USC §279(g)(2).37 This includes Ukrainian Humanitarian Parolees,38 Afghan Humanitarian Parolees,39 and noncitizens who were victims of trafficking under the Victims of Trafficking and Violence Protection Act of 2000.40

Who are the noncitizens subject to the Final Rule?


The final rule will impact only applicants for admission or USCIS applications for adjustment of status.41 The rule does not change the Department of State (DOS) standards and processes in visa adjudications, which have generally followed the INS 1999 Interim Field Guidance.42 The final rule does not apply to EOIR.43 In certain limited circumstances, if a nonimmigrant lawfully received public benefits subject to the final rule, this may be considered if the nonimmigrant later applies for adjustment of status, unless an exemption applies.44 The final rule also provides a comprehensive list of noncitizens for which public charge does not apply based on statute or regulation.45 Lastly, the final rule outlines when USCIS may waive the public charge ground of inadmissibility.46

How does the Final Rule change public charge bonds?


In the final rule, DHS also addresses the relatively underutilized provisions of INA §213 on Public Charge Bonds. This includes the implementation of bonds47 and the cancellation or breach of such bonds.48 These provisions expand the existing regulations on public charge bonds as it relates to adjustments of status with USCIS.49 The policy also notes some changes to how USCIS may implement bonds related to consular immigrant visa adjudications. USCIS may “invite” a noncitizen adjustment applicant to submit a bond if found inadmissible solely under public charge ground and whose application is otherwise approvable.50 Any such bond would be set at an amount no less than $1,000.51 For immigrant visa processing through a consular post, a consular officer may similarly set a public charge bond to an immigrant visa applicant whose application is otherwise approvable, but for the public charge inadmissibility. However, USCIS will be the agency that both provides instructions for the submission of the bond and accepts the bond.52


The final rule also updates the existing bond cancellation regulation by clarifying that a public charge bond, once posted, will be canceled when the noncitizen dies, departs permanently from the United States, or is naturalized, provided the noncitizen did not breach the bond by receiving either public cash assistance for income maintenance or long-term institutionalization at government expense prior to death, permanent departure, or naturalization.53 USCIS may cancel a public charge bond at any time after determining that the foreign national is unlikely to become a public charge.54 A bond may also be canceled to allow the substitution of another bond.55 Lastly, a public charge bond will be canceled by USCIS upon review following the fifth anniversary of the admission or adjustment of status approval, provided that the noncitizen has filed Form I-356, Request for Cancellation of Public Charge Bond, and USCIS concludes that the noncitizen did not receive either public cash assistance for income maintenance or long-term institutionalization at government expense.56 As with the process for implementing bonds, it may take some time to see how any bonds will be canceled in practice through this process by USCIS.


While the final rule may initially create some client uncertainty, the information provided in this Practice Pointer, when supplemented with agency-published information and future guidance and programming from AILA and other interest groups, should facilitate a better understanding of the public charge ground of inadmissibility. While we anticipate that the amended Form I-485 and related instructions will be released shortly, it remains to be seen what guidance USCIS may issue related to the public charge regulations and how that may impact adjudications. USCIS has indicated that its guidance is and will be “based on an empirical analysis of the best-available data as appropriate.”57 AILA will continue to provide updates and guidance on revised forms and USCIS Policy Manual guidance relating to the public charge ground of inadmissibility as soon as they become available, as well as provide feedback to USCIS. 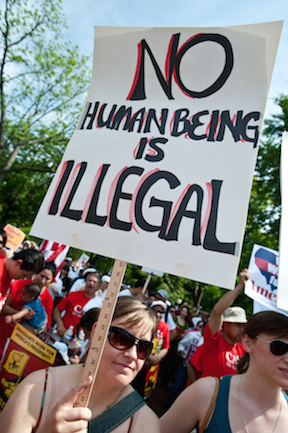